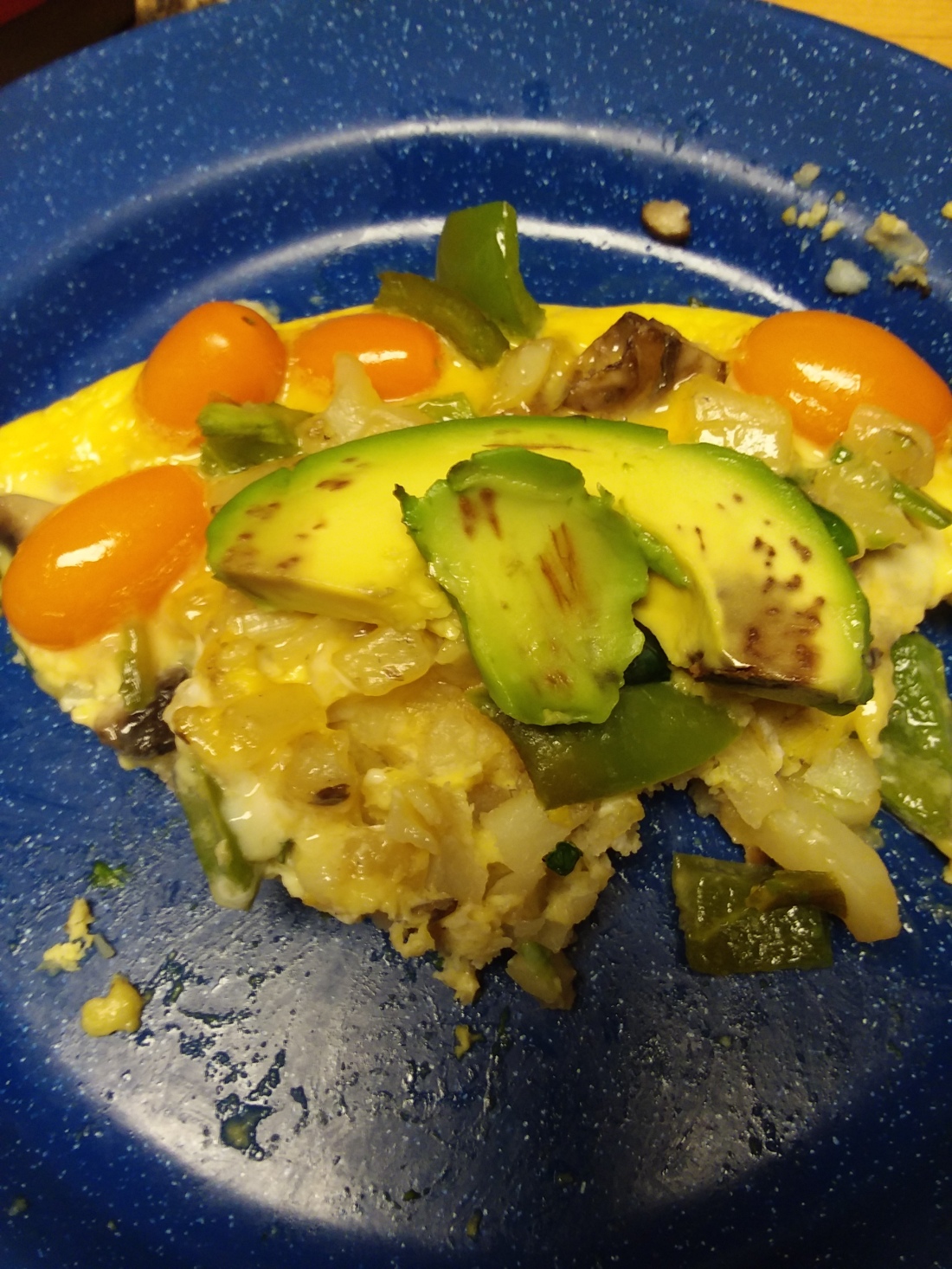 Ramps are one of the first wild foods to emerge in the spring. To me, their flavor is a cross between onion and garlic. Ramps can be eaten raw or incorporated into many dishes.

Last December, we were fortunate enough to spend a week in California. We visited my daughter who lives in Los Angeles and ate some amazingly good food. We quickly noticed that just about every dish in LA is served with avocados. We also had some really great vegetarian meals. So I used these ideas for my starting point when I created this ramps recipe. The ramps are up, but their growth so far is stunted. They are about half the size that they normally reach. Not sure if the slow growth is being caused by the snow, cold, or lack of moisture.

Thin slice the white bulb and purple portion of the ramps. Slice the green leaf part into 1 inch wide strips and set aside. Chop green pepper and slice mushrooms. Heat olive oil in cast iron skillet then begin to saute sliced ramps, green pepper and mushrooms. After about 5 minutes add diced potatoes. Stir frequently. While potatoes are cooking, beat eggs well and then mix in milk. When potatoes are cooked, stir in cherry tomatoes and ramp leaves. Next, stir in egg and milk mixture. Reduce heat, and cover and let cook until the egg mixture is solid.

I came back from a trip to Africa, which included whitewater rafting on the Nile River, and someone told me that I had been on the adventure of a lifetime. I thought of all the other trips I have done and realized, I have had a life of lifetime adventures. View all posts by jimdswanson